Global Backhoe Loaders Market to Surpass US$ 4 Bn by 2026; JCB to Remain the Largest Player by Revenue Share 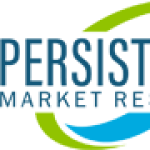 Asia Pacific excluding Japan (APEJ), the largest market in terms of volume and value, was worth US$ 866.6 Mn in 2015, and is projected to surpass US$ 1 Bn in revenues by 2018. India will continue to be the world’s most lucrative and largest market for backhoe loaders, growing at 6.9% — higher than the 5.9% global CAGR – through 2026. On the back of strong demand from the US construction sector, North America will maintain its position as the world’s second largest market, followed by Latin America.

According to Persistence Market Research’s report, “Global Market Study on Backhoe Loaders: APEJ Expected to be the Most Attractive Regional Market for Backhoe Loader Manufacturers in Terms of Growth Rate ”, the India backhoe loaders market will continue to experience steady gains throughout the forecast period on account of a slew of factors. Government focus on infrastructure development coupled with easy finance schemes have ensured steady buoyancy, and the status quo is anticipated to remain unchanged throughout the forecast period. JCB remains the market leader in India as well, accounting for roughly three-fourth revenue share.

Get Sample Copy Of This Report @  https://www.persistencemarketresearch.com/samples/3791

“Demand for backhoe loaders and other construction equipment is directly co-related to the pace of infrastructure development. India is going through a momentous phase of development of roads, railways, and dams receiving government support and FDI. Further, India’s real estate sector remained largely unaffected by the global housing crisis of 2007-08, and leading construction equipment manufacturers consolidated their position to compensate for sluggish demand in US and Europe. Since then, the India construction equipment market has been on an upswing, and our research projects the demand to remain buoyant throughout the forecast period.” – Persistence Market Research analyst.

“Side-shifts were first introduced in Europe in the 1960s and since then they have remained the preferred choice; however, across the pond, end-users have shown a marked preference for center-mount machines. They also remain the preferred choice among end-users in India, influencing manufacturers to increase production capacity and broaden their range”, adds the Persistence Market Research analyst.

Backhoe loaders find their application in a wide range of end-use industries, including construction & mining, utility, and agriculture & forestry. Construction and mining remain the largest end-use sector, accounting for nearly 53% revenue share of the market in 2016. Frenzied construction activity in Tier II cities, combined with the implementation of ‘Smart City’ program are anticipated to provide an impetus to overall construction equipment sales in India, which in turn, is expected to have a crucial impact on prospects of the global market. Demand for backhoe loaders from the agriculture & forestry segment will remain steady, growing at 5.9% CAGR through 2026.